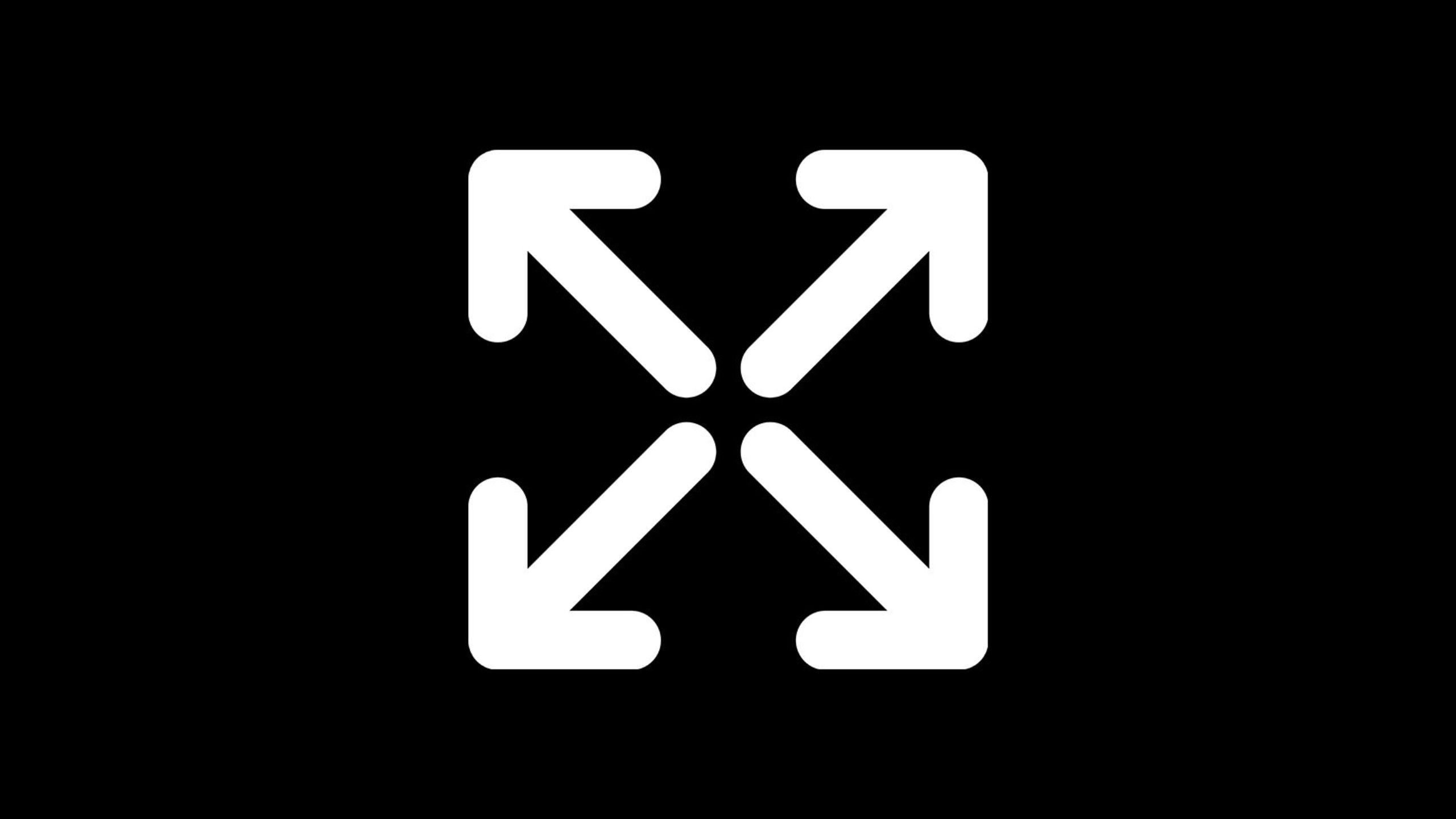 Off-White has easily made a name for itself thanks to the mastermind behind it, Virgil Abloh. With his immense creativity and background, he was able to create a brand that focuses on streetwear but can be found in the ranks of luxury labels like Gucci and Balenciaga.

From a ‘Vision of Virgil’ to one of the leading brands in the industry, Off-White is known above and beyond.

Off-White is an Italian luxury fashion label. It was founded by American designer Virgil Abloh in 2012 and was originally called Pyrex Vision. In 2013, it became Off-White.

The brand is based in Milan, with several showrooms all around the world. The brand sells clothing and accessories regarded as high fashion and streetwear. They have also branched out to lifestyle products like furniture, bedding, and stationery.

why is Off-White so popular?

Off-White is popular for several reasons. It is well-loved by celebrities, as Abloh knew a lot of influential people. But apart from that, Off-White has become a representation of diving into streetwear into a more premium vision.

There is also a growing market of young consumers who are interested in luxury items and how the streetwear and hip-hop scenes are gaining even more traction. Off-White meets both of these to a T.

The brand designs for young millennials and has stuck to its core of street style inspirations. The brand has also done several major collaborations that have been so iconic over the years.

Virgil Abloh was born on September 30, 1980. He was born in Rockford, Illinois, and was of Ghanaian descent. Abloh’s mother was a seamstress, and that was how he learned how to sew.

He had always loved skateboarding culture, music, and sports. He was also a fan of graffiti as a child, and this can be seen in his designs. Abloh was truly a jack of all trades if you will. He finished college with a degree in civil engineering at the University of Wisconsin-Madison, then pursued a Master of Architecture at the Illinois Institute of Technology.

His passion for fashion was sparked by an architect named Rem Koolhaas, who had also worked for Prada.

During his time at university, he also dove headfirst into streetwear culture and went to New York City constantly to shop in local streetwear stores. He had created his own connections in the community. A professor of Abloh’s told him that the programs of Adobe can be used for more than just architecture, which led him to create his t-shirt designs there.

The first actual brand he started was Fort Home, a streetwear label that uses Edwardian script (because that was the only font available in the Adobe program). Even with some pop-ups, the brand never grew outside of his circle of friends. Eventually, he worked for a printing shop called “Custom Kings” as the people were impressed with how he submitted everything in the right format.

He then met Kanye West while he was making his designs in the print shop.
Meeting Kanye was a turning point for Abloh’s career, and they began collaborating on album art and merchandise.

He and Kanye had a shared love for fashion and wanted to break into the world of luxury. They both received an internship with Fendi in 2009. Kanye later appointed Abloh as creative director for his creative agency, Donda.

In 2012, he created Pyrex Vision, which was only meant to be an artistic experiment. It was originally just a short film, but he needed clothes for it and created a streetwear brand kind of by accident. Abloh purchased cheap deadstock flannels and other clothing from Ralph Lauren.

He made them recognizable by screen printing ‘Pyrex 23’. He had connections, so he was able to let influential people wear the clothing, sell it in limited pieces for high prices, and greatly profit from this. It had created so much impact even just for the single year it was open, though he closed the company with threatened lawsuits and because it was never intended to become commercial.

In 2015, Off-White was nominated for the LVMH Prize. Though he did not win, this helped legitimize his entry into the world of high fashion. In 2016, he opened his first store and also debuted his furniture collection called ‘Grey Area.”

Off-White had several notable collaborations, including ‘The Ten’ with Nike. He deconstructed several famous sneakers’ silhouettes and redesigned them in new ways.

In 2018, Kim Jones left Louis Vuitton and Virgil Abloh replaced him as the artistic director of menswear. This was historic as he was the first designer of African descent to lead the menswear line.

In July 2021, LVMH Moët Hennessy Louis Vuitton took a 60% stake in Off-White. Abloh will retain the remaining 40% and will be given more creative control.

what is Off-White Known for?

Off-White is known for being able to find a common ground between streetwear and luxury fashion. The brand is able to merge classic silhouettes and take them in a modern direction that caters to a younger generation.

They are also known for their extensive use of quotation marks and for putting basically everything in “quotes”, from shoelaces (“shoelaces”) to a black dress (“little black dress”).

Abloh believes that the presence of quotation marks means that things are indefinite and allows room for questions. This is because the brand’s ideology is to let people be creative and experiment.

who made Off-White famous?

There is really no pointing out who made Off-White famous. Virgil Abloh created his label with connections to Kanye West, a big name in the industry. Since he and Kanye were close friends, there was no doubt that Kanye was an avid supporter of the brand.

Abloh was really one to watch, with several achievements and prizes under his belt in his short career. His name was as famous as his brand-that was the kind of power he held in his craft.

what kind of brand is Off-White?

Off-White is a luxury fashion label at its core. With its hefty price tags and excellent quality, the brand is definitely high-end. On a surface level, it can be seen that it is extremely influenced by streetwear and culture, determining it as high-end streetwear as well.

why is it named Off-White?

Off-White is definitely an odd name at first hearing. Virgil Abloh refers to it as “the grey area between black and white as the color off-white.”

It can refer to how the label has married two opposite spectrums, namely luxury fashion, and streetwear, and has become the common ground.

It has been quite a journey for streetwear to be seen as a luxury, but with today’s innovations and consumers, it has become a rising phenomenon. Virgil clearly was able to meet in the middle as he did not want to conform to just one category.

This belt was seen everywhere at one point. With its ultra-long bright yellow design with a metallic silver buckle, this was iconic, to say the least. People would wear it around their waist over jackets, on their necks as accessories, or the classic way, as a belt for their trousers. Its excessive 200-meter length actually became confusing to wear, so Off-White had to create a video tutorial on how to wear it.

This is the classic hoodie of the brand. It features their signature look with the zebra pattern, also known as diagonals spray, and their usual modern branding. Their products are easily recognizable with the use of existing designs that are tweaked to their aesthetics.

Off-White’s collaboration with Nike to redesign ten of their classic silhouettes, also called “The Ten,” really caused a mania. The sneakers’ deconstructed elements, fun zip-tie tags, and signature quotation marks are just a few of the reasons why they were a masterpiece. The “Chicago” colorway was also the most famous, which also paid homage to Abloh’s hometown.

A little black dress is a staple piece in any woman’s wardrobe. It is usually thought of as a more semi-formal occasion, but Off-White takes it literally and interprets it in the most street-style-inspired way they can. It is a literal black long sleeve dress with a bold white text of “LITTLE BLACK DRESS” placed vertically on the side.

There is no doubt that Off-White has made an impressive mark on the industry. From finding a common ground between streetwear and luxury fashion to creating some of the most famous collaborations to date, this brand is headed in the right direction.

Unfortunately, Abloh passed away on November 28, 2021, at the young age of 41. He died from a two-year-long battle with cardiac angiosarcoma, that he kept private. Though he is gone, Virgil Abloh’s legacy still lives.