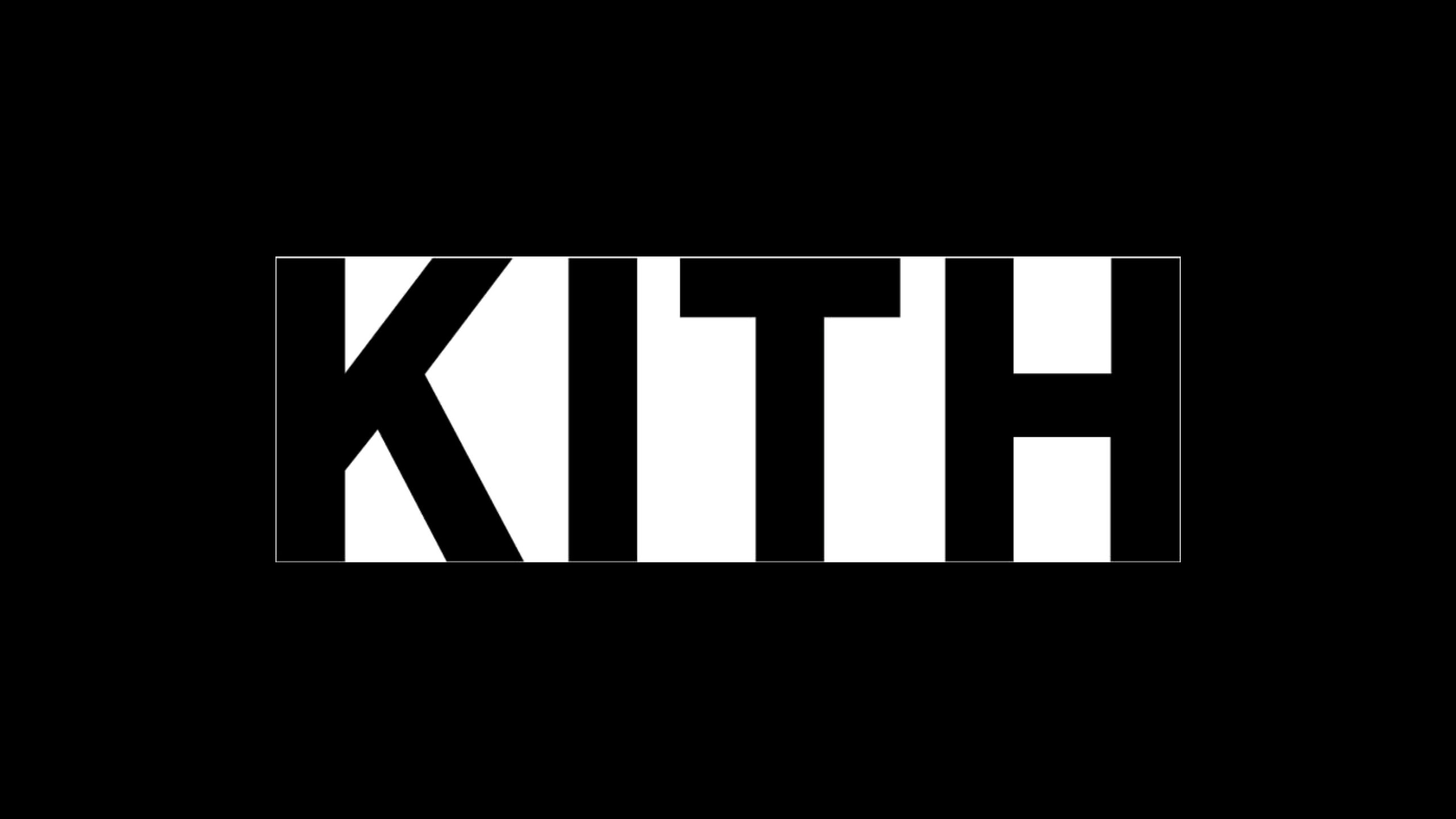 Kith is one of the biggest streetwear names today. Despite its collaboration-based strategies, it has proved successful for the brand. Kith always aims to give more than what was asked and paid for.

Starting at an early age, owner Ronnie Fieg had already developed a passion for the industry and made a name for himself several years later. The brand has expanded to the food industry as well, showing the brand’s versatility and lifestyle behavior. It currently has an extensive collaboration list and multiple brand partnerships.

Kith is a multifunctional lifestyle brand, going beyond clothing, for men, women, and kids. Aside from this, it is also a progressive retail establishment that carries other selected brands such as Timberland, Yeezy, Adidas, Nike, etc.

It was founded by Ronnie Fieg – a renowned name in the streetwear industry. It currently has seven brick-and-mortar flagship stores in the US, Japan, and Paris.

why is Kith so famous?

Kith is famous for a variety of reasons, and rightfully so. It started with a slower burn, but once it released Kith Classics, their clothing, and accessories line – it was only going up from there.

The brand also had major collaborations with big names but wanted to stay away from the hype by working with smaller brands. This led to Kith being the king of collaborations. Aside from this, Kith has expanded as a lifestyle store and even has its cereal bar called “Treat.”

Before the existence of Kith, Ronnie Fieg was a young boy who had an interest in footwear and sneakers.

He grew up in Queens, New York. By the age of 12, he had begun working in the footwear industry for his uncle, David Zaken, who owned the chain store “David Z.”

Fieg would work long hours in the stockroom after school and enjoyed it. After two months of working in the stockroom, he fell from the top shelf and this led to Zaken moving him to the front of the store.

He worked in sales which became a formative experience for him as he could identify trends better and what sells. By the age of 25, he was promoted to Head Buyer.

Fieg had formed a friendship and collaboration with Asics, which eventually led to a feature of Fieg’s design in the Wallstreet Journal. This drove demand for the shoes through the roof and caught the attention of several people, including the president of Adidas. Fieg was able to collaborate with Adidas and was making a name for himself in the industry.

In 2007, Fieg decided to branch out and launched Kith. It was initially just a handful of T-shirts and jackets, and nothing really took off. He continued doing collaborations with other brands under his name.

By 2010, he left David Z. and opened his own store alongside his family friend, Sam Venaeveaham, who owned Atrium. Kith became more popular in the city and formed relationships with different brands.

In 2012, Fieg received a birthday gift that changed everything – a pair of camo pants from Scotch & Soda. He had tailored the pants to fit the way he wants them to, with an elastic cuff and slimmer fit.

He produced the same style of jogger pants and it was an instant sellout. Fieg was able to create the perfect jogger pants that easily show off one’s sneakers and were perfect for his brand’s sneakerhead audience.

The brand began to launch more seriously and shifted its focus to graphics. He bought the entire Atrium building and partnered with an architect to redesign the place according to his vision.

It was also a dream of his to open a cereal bar in New York, as he was an avid cereal lover. In 2015, Kith Treats was born and the brand had truly progressed to a lifestyle standpoint.

A year later, Kith debuted in New York Fashion Week and Fieg was officially the king of collaborations. Not only does Kith collaborate with other big fashion names like Versace, but also non-fashion ones such as Coca-Cola.

what is Kith known for?

Kith is known for its impressive collaborations as the core of its marketing model. The brand collaborates with commercial brands, high fashion brands, and footwear legends.

Kith continuously exchanges capital and customers with other influential brands, raising its popularity even more. It is also known for being a modern brand.

They are always up-to-date with what is next, something that sneaker and streetwear communities always crave. Their stores are also designed with a contemporary and unique story in mind, allowing the marriage of art and architecture.

why is it called Kith?

The name ‘Kith’ was from the Scottish term “kith and kin”, which loosely translates to “friends and family.” This ties in with the brand’s slogan of “just us.” It shows that the brand wants to create products for the tight-knit community that they have formed from its supporters.

It demonstrated Kith’s ability to create bonds and give the customers more than what they pay for, similar to how friendships work.

who is behind Kith?

The man behind Kith is Ronnie Fieg. Starting in the industry at a young age, Fieg grew up with tons of experience and plenty of bright ideas. He started Kith because he wanted to branch out and build his own brand.

Fieg gave up big opportunities with major companies but chose to push for his dreams. His designs and the brand are connected to his childhood and upbringing, an extension of himself.

what kind of brand is Kith?

It is not just a fashion brand nor is it just a streetwear brand. Kith has expanded itself into a powerhouse brand, even owning Kith Treats, as well as their first-ever restaurant “Sadelle’s” at Kith Paris.

how do you pronounce Kith?

Kith is pronounced the way you spell it. There are no long sounds and is just one syllable.

is Kith owned by Nike?

Kith is not owned by Nike. It is its own retail establishment and brand owned by the founder and creator, Ronnie Fieg. However, it does carry some Nike products in its boutique, as well as other renowned brands like Adidas, Yeezy, and New Balance.

is Kith a big brand?

Yes, Kith is considered to be a big brand. Being a relatively newer store, only beginning in 2010, it is amazing to see how it has cemented itself as one of the top streetwear fashion brands in the world.

Many of Kith’s sneaker collaborations have proved their popularity with instant sellouts and high demands.

Kith also holds a curated selection of big-named brand apparel and footwear, proving that they are in the same tier.

This collaboration was iconic. For the first time, Versace had allowed an outside designer to alter and play with their Medusa head symbol. Fieg placed the Kith logo on Medusa’s eyes and it was placed on the back of denim jackets. This made a big mark in the industry and showed that the brand can reach high levels and how Fieg was well-respected by Versace to be given this type of opportunity from a luxury brand.

Partnering with a big corporate company like Coca-Cola is not an easy feat, especially because they are a non-fashion company. Instead of creating cheesy and cheap-looking merchandise, Fieg was able to play with colors and dimensions. He placed close attention to detail and gave a Hawaiian flair.

Fieg has so much respect for Nigo, founder of A Bathing Ape. Collaborating with the “Fiegsta” was an achievement for him. He elevated a well-loved model by creating two colorways that were subtle yet cool. One was a classic white-on-white, as an Air Force 1 tribute. The other is a suede pair with a logo flip.

Kith is a brand to watch. It is a relatively new brand but has already amassed millions of supporters and customers. The brand’s collaboration techniques are like no other and it is no surprise that they have become one of the biggest brands in the streetwear industry today.

It has developed from just a t-shirt and jacket store into a full-fledged lifestyle brand and retail establishment. Fieg’s determination and hard work brought him to where the brand is today, and it is exciting to see what kind of collaborations the brand has in store for us.